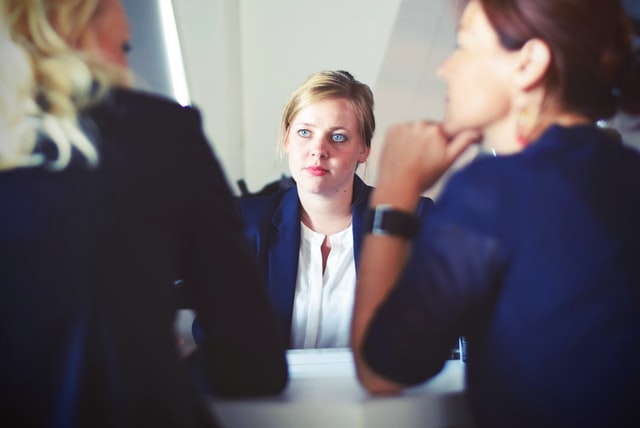 You know the old saying, “You don’t know what you don’t know.” That’s especially true, in my experience, when it comes to contract law. Of course, you shouldn’t really know everything. But unfortunately, ignorance or embarrassment which prevents you from asking questions are not excuses when it comes to the law, and can lead to serious consequences. No one ever gets out of a ticket by saying, “Well, Officer, I had no idea the speed limit on this highway was 55.”

Earlier this year, I was asked to join fellow business advisor Lisa Riley of Delta Business Advisors for a Business

Bite Webinar called Legal Landmines. Lisa and her team have put together this set of webinars for businesspeople on a ranging set of topics. For the next couple months, I will be summarizing the information provided in the Legal Landmines webinar. This month, I’ll cover Dispute Resolution, Governing Law, Indemnification, and Insurance.

I thought by now we’d have moved beyond whether or not there should be alternative dispute resolution (ADR) in a contract. But I still face this almost every day. It's particularly an issue in the buying and selling of businesses, for reasons that remain mysterious. Still, I always want to make sure there is a mechanism in the contract so that the parties are obliged to discuss conflicts with each other and try to reach a resolution at the business level. If they're not successful at that, then I push mediation. I want to get them in front of an impartial third person who will look at the conflict and have a chance to resolve it. Generally, I am NOT a fan of arbitration because it's pretty pricey for most small businesses. In fact, if you've gone all the way through mediation and you cannot reach an agreement, you are probably better served going to court. This is usually the very last resort but, in some cases like summary judgments (which means ‘I should win based on the law’), it’s the best option after mediation. This kind of scenario is hard to argue in arbitration. Arbitrators don't usually like to have dispositive motions like that. That can get rid of the case. This is why my personal preference is the sequence of: 1) try to settle at the business level, 2) then go to mediation, and 3) take your chances in court. I strongly recommend business owner clients have an alternative dispute resolution in contracts. It’s a big red flag if a lawyer representing the other side doesn’t want one. It makes me question what's really behind that decision. Why wouldn't you want your clients to come to the table and try to reach a resolution?

Governing Law is crucial because it sets up the playing field when there is a dispute. Governing Law, also called “Choice of Law” in some contracts, defines which state’s law applies to the contract. It greatly simplifies the interpretation of contracts, as well as reduces costs associated with fighting about it. Lawyers often negotiate Governing Law. It's not something the average businessperson thinks about, but it matters because it often applies when you can bring a claim against the other party and what laws apply when a compromise is needed. For example, somebody may want Arizona and somebody else wants Colorado. But we might look at Delaware, a neutral state with many well-established business laws. If you have property or machinery, the business must be in the state where the physical equipment is located. The law may give you an upper hand or could be a pain in the neck if, for example, you have to travel a long distance to mediate or get something resolved.  So this is a “non-business” issue that is worth a fight.

Most business owners do not understand the word or even the concept of indemnifying someone. That’s no knock because it can be super thorny, even for lawyers, and it becomes very problematic if not done correctly. Generally, indemnification means that if I say I'm going to do something for you and while I'm doing it something goes wrong, it’s not going to be your responsibility (unless you’ve done something wrong yourself). It’s my responsibility. Said another way: if you screw something up while you're doing something under this contract, that's on you. In most contracts, indemnification should always be two-way. You should be making promises to warrant your work and the other person should be making promises too. Another indemnification example is if you're going on someone else's property to perform work, they should indemnify you for your physical safety, but you should make sure you or your employees don’t do something stupid, like start a fire while you are there. At its core, indemnification is a risk-shifting mechanism. It’s a bargain you’re making with the person you are contracting with. In a nutshell, it defines who bears the responsibility if something goes wrong. In most two-way indemnifications, you bear the responsibility for what you're in charge of and the other party bears responsibility for what they're in charge of. And it can get more complicated from there.

One critical point: indemnity means nothing if there aren't insurance provisions in the agreement. It's one thing to require someone to promise that they're going to take the responsibility for a claim that's filed against you. It's another thing for them to have the financial wherewithal to do it. It's essential that if you are relying on indemnity, you also have an insurance provision that backs it up. If things turn sour, it can be backed up from a financial perspective. However, sometimes you cannot shift risk. In a transaction I'm doing right now there are regulatory requirements that you can't really shift the risk on because they can't be solved by money. Essentially, if money will fix the problem, indemnity often works; if money can’t fix the problem (criminal conduct is one example) indemnity isn’t the answer.